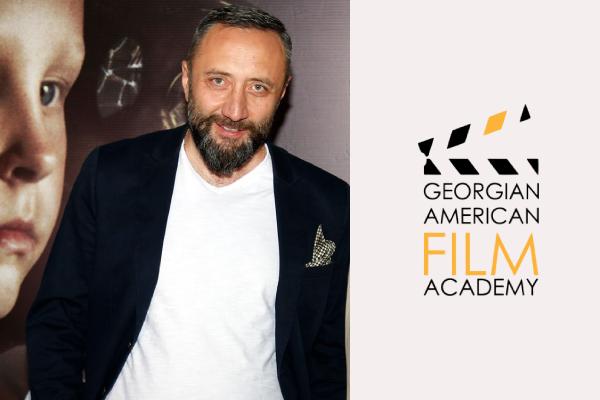 Author of the program

Mirza Davitaia is a filmmaker who has written, directed, and produced both animated and live-action movies since1993. In 2016, Mirza created the graphic novel "The Knight in the Tiger's Skin" (AKA Prince of India). The book was published by major Georgian publisher "Artanuji" and was nominated by Georgian Public Broadcaster as the Best Literary Work of 2016 for "The Best of the Year Award". In 2022 Mirza produced and directed the feature-length animated movie based on his graphic novel. In previous years, Mirza has produced and co-written several live-action movies, including "The Narrow Bridge" in 2021, "The Last Fortress" in 2020, and "Anton" in 2019 which was directed by the Oscar and the Golden Globe-nominated director, Zaza Urushadze. The film was released internationally in 2020 and was considered for Academy Award's best picture category in 2021.

In 2010, Mirza produced an action thriller "5 Days of War" stared by Andy Garcia, Rupert Friend, Val Kilmer, and other A-list Hollywood actors. The film was released in theaters internationally by major distributors such as "Anchor Bay" in North America and "eOne" in Great Britain, and other European countries. In 2013, he co-produced a comedy "Jacky in Women's Kingdom", stared by Charlotte Gainsbourg and Michel Hazanavicius. The film was theatrically released in France and other francophone countries by the distribution company Pathe. The film was also released worldwide on Blue Ray and VOD and is available on most digital platforms. 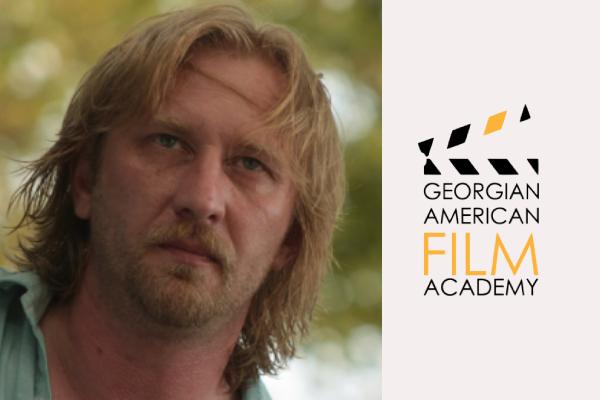 Master of Cinematography. Has 27 years of experience working in the field of audio-visual arts (operator). He has more than 30 films in his filmography. Has won the following awards: 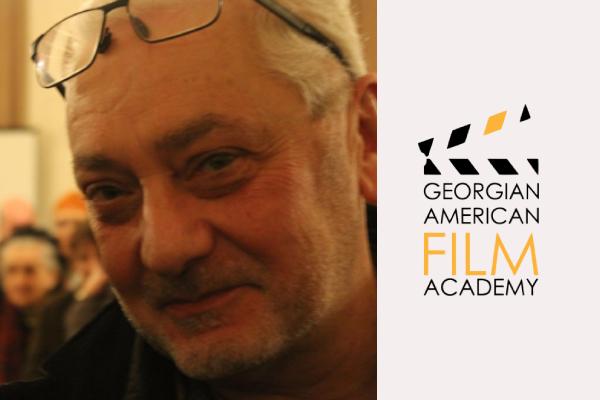 Graduate of Shota Rustaveli Theatre and Film Georgian State University. He has teaching experience since 1988.

Since 1991 he has been a member of the board of the Georgian Cinematographers' Union. His professional experience counts up to thirty film projects. His professional experience counts up to twenty films. Has many years of experience working in the field of television and teaching. 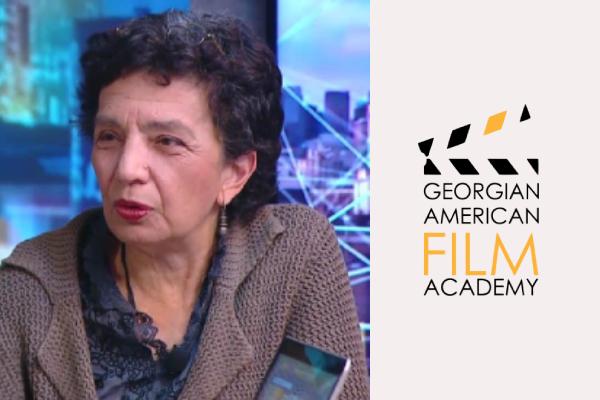 Has published up to sixteen publications and up to ten international publications. Is the author of five professional literatures:

Has many years of experience in pedagogical activities.

1. Member of Theatre Recommendation Board under the Ministry of Culture and Monument of Georgia - August 2017 to present

2. Member of Professional Theatre Monitoring Board under the Adjara Ministry of Education and Culture – 2013

3. Member of Critics and Advisors’ Board of Tbilisi International Theatre Festival – 2012 to Present

6. Member of Experts Committee under the National Film center of Georgia – in different years, including 2020 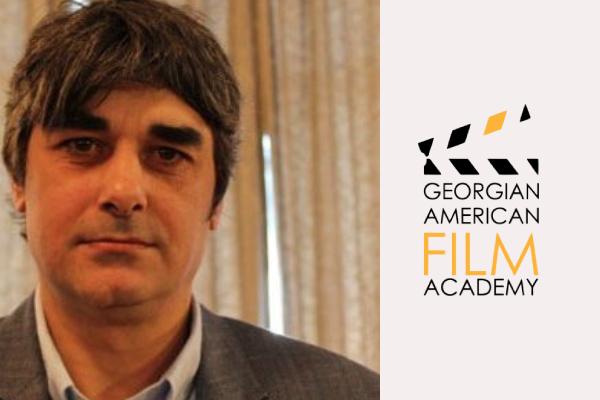 Has thirty years of professional experience, counting about twenty films.

In 2016-2019 he held the position of Director of the Georgian National Film Center. 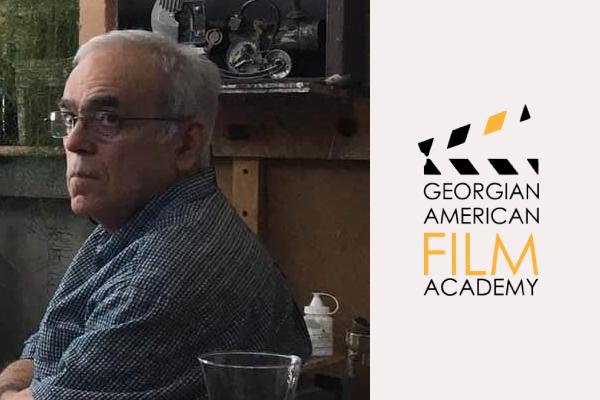 Tbilisi State Academy of Arts, Faculty of Painting in 1971.

Up to twenty works are housed in the Zimmerl Museum of Art, USA. New Jersey.

His filmography counts up to 18 films.

Has received the following awards:

For the movie "Repentance" (dir. T. Abuladze) - Nika Award of the Russian Film Academy in the nomination of the best cinematography in 1987.

For the movie "Hey Maestro" (dir. N. Managadze) State Prize "Chronicle of Five Years" for the best painting in 1988.

State Prize for the films "The Way of the Savior" and "Mother of God" dir. M. Borashvili 2004.

Orthodox Film Festival in Batumi Award "Andrew's Cross" for the films "The Way of Life" and "Mother of God" dir. (M. Borashvili) 2005. 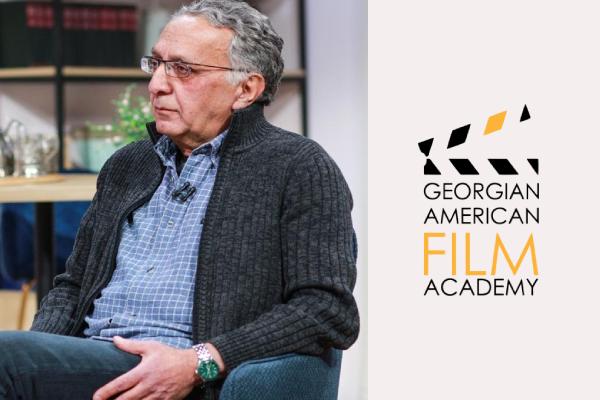 Graduated from the Georgian State Polytechnic Institute in 1973;

In 1979-81 he completed two years of advanced screenwriting and directing courses.

Is the screenwriter of about fifteen films, including being director for up to five of them.

His work "Return" has participated in film festivals in Bergen (Norway) and Seattle (USA). 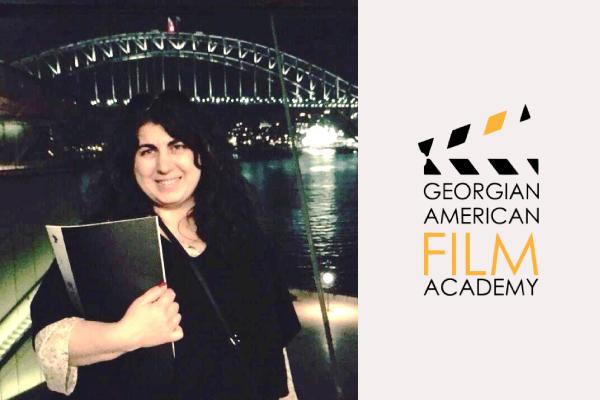 Has many years of professional experience (including teaching).

Her musical career counts up to seventy concert events.

Has been a member of up to 24 conferences.

Has published up to 18 publications.

2020 - "International Teaching of Music" - E-book by composer Natela Svanidze ",Within the framework of free projects financed by Creative Georgia. 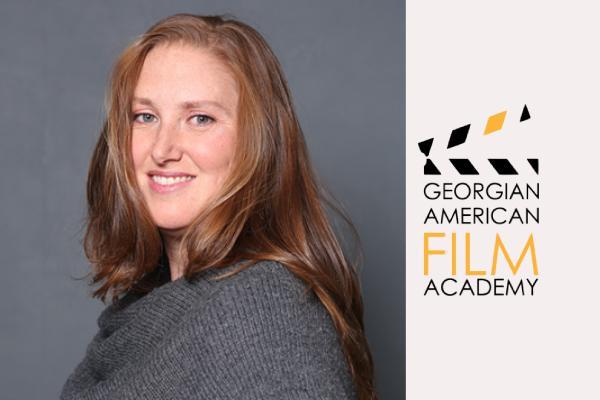 Jen Prince is a writer/director/producer currently in pre-production on First Days, about the days of early motherhood. She is also working on a series of Virtual Reality experimental short narratives, inspired by her recent work in VR surrounding the Olympic Games in Beijing.

As an educator, Jen teaches producing and directing at the BFA and MFA level for New York Film Academy, serving also as a thesis advisor and committee member for both the Producing and Filmmaking Departments. She has also coordinated and developed a special online MA producing program for Chinese professionals through NYFA and a hybrid special pilot producing program for Uruguay filmmakers. She has serves as a industry/faculty mentor to students in the Moody College Semester in Los Angeles program for The University of Texas at Austin. Prince earned her MFA, film production at USC. She received her BFA in Acting at The University of Texas at Austin where she also earned a BA in the Plan II Honors Program.

After working in post-production television on shows like The Amazing Race (CBS), The Emmys, and The Contender (Mark Burnett Prods), Jen began producing feature films with producer Jhennifer Webberley for Metamorfic Productions. Jen is a regular contributing writer for the Ms. In the Biz site for female entrepreneurship and independent producing.

Since 2015, Jen has produced three low-budget features for Metamorfic Productions. A member of the PGA and Alliance of Women Directors, Jen produced/co-edited the indie feature QUALITY PROBLEMS (Chris Mulkey, Mo Gaffney) distributed by Freestyle Digital Media, Best Independent Spirit Feature at Sedona Film Festival, Best Feature at Women Texas Film Festival and Hell's Half Mile Festival, among other acclaim. The feature AND THEN THERE WAS EVE, (Karan Soni, Mary Holland, Rachel Crowl) won a Jury Award at the 2017 Los Angeles Film Festival, distributed by Breaking Glass Pictures. Jen directed the feature, Miles Underwater, a recipient of a Duplass Brothers/Seed & Spark grant. Currently she is a producer in postproduction on the feature 7000 Miles, starring Wendie Malick about an alternative history of our most famous aviatrix. 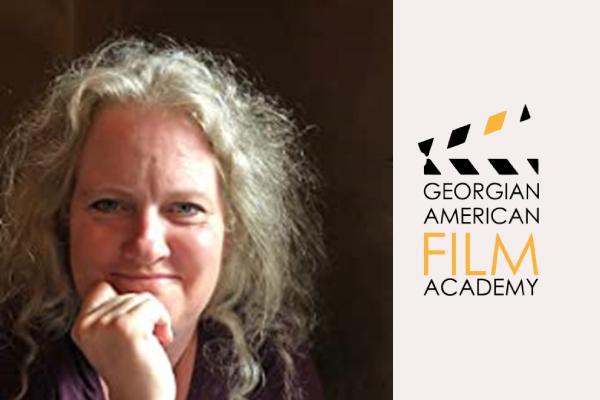 A native of Los Angeles, Jhennifer Webberley is an independent producer/editor and founding member of Metamorfic Productions LLC which has produced critically acclaimed feature films as well as several award-winning shorts and music videos. Metamorfic currently has two features in distribution: AND THEN THERE WAS EVE (Karan Soni, Mary Holland), a transgender love story, which was awarded a Jury Prize at the Los Angeles Film Festival and QUALITY PROBLEMS (Chris Mulkey, Mo Gaffney, Jenica Bergere), a comedy about a family dealing with cancer. Webberley also edits many of her independent projects including QUALITY PROBLEMS, SAD SALLY, ONLY CHILD, WINDED and BROKEN WINGS (Isabella Blake-Thomas). In addition, Metamorfic has recently completed two award winning shorts, SAD SALLY and I LOVE U, KAIJU. She is a member of the PGA, Producers Union, Women in Film and Green Light Women and is also a producer/cowriter on the award-winning graphic novel THE RED STAR (Christian Gossett), which is in development as a television series. Webberley holds an MFA (Magna Cum Laude) in Film and Television Production from the USC School of Cinema-Television and an MBA (Magna Cum Laude) from Pepperdine University in Marketing and Strategy. Jhennifer is a firm believer in education and often teaches workshops and mentors up and coming filmmaker through programs such as Inner-City Filmmakers and Young Filmmakers Project along with teaching courses at Studio Arts. She has participated as a juror and panelist for several film festivals.

Currently, Jhennifer is a producer in post-production on the feature 7000 Miles, starring Wendie Malick, about an alternative history of our most famous aviatrix and also the producer/editor on Metamorfic's next feature, Miles Underwater. She has recently produced two VR promos for the Olympic Broadcasting Services for the Beijing Winter Olympics 2022 and is developing several VR narrative shorts for this new exciting medium